Microblading is the art of making realistic hair strokes with pigment to create the illusion of fuller brows. This is a semi-permanent procedure, with results that last about 2_5 year depending on your skin type. The benefit of microblading vs permanent makeup is it doesn't go as deep into your skin. This means we have more control over the ink making cleaner, crisper and more natural looking hair strokes for your eyebrows. It also will not fade into an undesirable color that permanent makeup does over time.
​Microblading eyebrows can solve:

Things you need to known before you get the art work done :

Draw up the eye brown can take up to one hour, please be  Prepare.
I provide the client with the necessary aftercare, which is antibiotic cream for 3days. 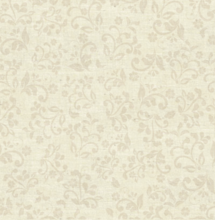 Permanent Makeup is a cosmetic technique which employs tattoos (permanent pigmentation of the dermis) as a means of producing designs that resemble makeup, such as eyelining and other permanent enhancing colors to the skin of the face, lips, and eyelids. It is also used to produce artificial eyebrows, particularly in people who have lost them as a consequence of old age, disease, such as alopecia totalis, chemotherapy, or a genetic disturbance, and to disguise scars and white spots in the skin such as in vitiligo. It is also used to restore or enhance the breast's areola, such as after breast surgery.
Most commonly called permanent cosmetics, other names include dermapigmentation, micropigmentation, and cosmetic tattooing,[1] the latter being most appropriate since permanent makeup is, in fact, tattooing.

We are the perfect place to relax and revive your soul